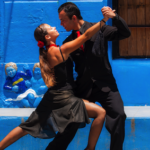 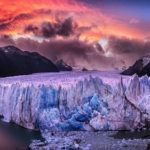 Ah, Argentina. Land of so many different shades of beauty. Largest Spanish speaking nation in the world. Also, most likely the only country where both Spanish and Welsh are spoken. The more you know! Kosmopolitan is preparing once more for a truly memorable incentive, and so we have gathered here to share some facts & figures about Argentina and Buenos Aires.

For instance, what about Perito Moreno, the most famous glacier in the whole world? You’d need multiple years to grasp how majestic and infinitely important this amazing place is. Imagine hiking through the most beautiful lands when – out of nowhere – a giant 70m high ice structure comes looming up in front of you. It’s truly a sight to behold… its size rivals the entire metropole of Buenos Aires, and we’re hoping it will stay that way for centuries to come! For those in doubt: the glacier is fittingly situated in Patagonia, which might just be the most beautiful region on earth. Patagonia is cornered by three different oceans, part of the reason why it sports such diverse fauna & flora. Believe us: one does not just visit and forget Patagonia, there is no other place on earth quite like it.

As said, Argentina is also home to Buenos Aires, it’s capital – and one of South America’s most magnificent metropolises. The beaming capital is steadily recognised for its pulsating nightlife, European glamour, and as the birthing place of the infamous Tango. Luckily for us, there is so much more to discover about the city other than that endearingly sensuous dance. BA, as we like to reference it, counts almost 3 million citizens, if you count the entire metropolis the number adds up to 13 million! Go figure. The city is anchored on a distance of roughly 11.000 km from Belgium, in a straight line. A yearly temperature average of 16°C – easily topping Belgium’s 10,5° on average… The heat is on. BA sports no less than 28 different newspapers and has more bookshops per capita than any other city: 25 for every 100.000 citizens. Literature Valhalla, people!

Buenos Aires also sprouted a lot of top athletes and teams, some of which occasionally knock us out in the World Championships… But next to that, the city is home to the Boca Juniors, the ex-club of the legend himself, Maradona. To round things off, consider this fun fact: Avenida 9 de Julio is the widest avenue in the world, reaching its current width of 12 lanes! How we would argue over the impending traffic. Then again, Buenos Aires is an overtly green city, counting over 2 million trees. I don’t see us beating that score any time soon.

Given (i) the uncertain and continuously developing situation regarding the COVID-19 virus (CORONA virus), and (ii) additional measures being continuously imposed by countries and governments, it is essential that every customer closely monitors, prior to departure, the relevant governmental websites and services and strictly acts upon the given advice. N.I.C.E Kosmopolitan BV cannot be held responsible and waives all liability pursuant to changed circumstances and/ or imposed restrictions with regard to the COVID-19 virus, regardless of whether the changed circumstances and/ or imposed restrictions have occurred prior to or after the booking confirmation.